6:23 - Bobby Kielty introduced himself in third person . . ."Batting next, Bobby Kielty, that's me"
6:25 - Dustin Pedroia takes strike 1, Tomahawks going wild, wildly inappropriate people with faces painted red (thanks roche) , is there a casino near by? This crowd is officially George Custer's nightmare, and so is the Mascot.

6:26 - Sabathia just gained 3 pounds
6:28 - Youkilis just hit the pill 400 ft. Sox up 1-0 (Sabathia lost two pounds)
6:30 - McCarver lets us know where the Red Sox spring training facility, useless knowledge from McCarver. Who had 6:30pm in the office pool?
6:33 - Manny gunned down at home, don't worry he took time to flip off his helmet. Inning Over. (Opening my first beer, ahhhhhhhhh)
6:37 - Luckily Franklin Guitterez isn't Asian because Casey Blake just nicknamed him Gook. Officially this is a bad idea, you don't need to find a nickname for everyone on your team. Is the entire Cleveland Indians team unable to just call people by their last name? G-Size, Screwball, T-Pronk . . . How do they avoid calling their manager Eric Wedge, Wedgie . .ha ha ha.
8:46 - Just realized my clock is two hours off . . just fixing it, would have been extremely early for work tommorow.
8:49 - Turned to the Rutgers v. USF game real quick, Michael Strahan is promoting his book that apparently he wrote for his friends and family so they would stop asking him questions about what NFL life was like & not for the millions of dollars he'll bank from it. Apparently they haven't watched espns original series, Playmakers, thats what football life is really like rig

ht?
Turned back to the Sox game in time to think Paul Byrd was in my room breaking down how Sabathia is pitching, before I realized that was on the television. I swear I've had one beer.
8:58 - We just booked Strahan for tommorows Live Interview . . It's Official. I thought that there was only one New York Giant who was a big media whore, guess not. Thanks Mike. Crisp strikes out, Lugo pops out, inning over. Booking my tickets to Cleveland for Game 1 of the World Series.
9:00 - Shit, The Office is starting, Rutgers is in the game against USF, & Dane Cook is giving me a migraine (If i see this FUC*ING commercial one more time, I'm going on a ten-state killing spree) THERE IS ONLY ONE OCTOBER, NO SH*T THEY FIGURED THAT OUT IN ANCIENT GREECE
9:04 - Pam from The Office is sneaky hot & Josh Beckett just turned into Joba Chamberlain buzzing "GOOK" and pretending to just lost control over the ball, because if the disgusting breaking ball he just threw wasn't completely under control.
-END OF THE SECOND-
9:20 - Tim McCarver has entered Dane Cook Level of annoyance, he for the 1,000,350th has mentioned that stupid quote from Indians GM Mark Shipiro "silence at Yankee Stadium is better than cheering at any other stadium." His name is officially off the list of peoples head who will be frozen when they die. FOX just attempted the first ever commercial in the middle of an inning when pitchers weren't be changed, result = no go. McCarver just read directly off the teleprompter and Joe Buck removed his hand from his ass, so there is no doubt McCarver is a puppet, do I blame Joe Buck for his actions now?
9:24 ish- Ramirez was just robbed a 2-run Homer. Luckily David Ortiz is actually a professional athlete and decided to run around the bases completely, Sox up 2-1. McCarver's head has officially popped off and is going crazy that Manny did not run the bases hard enough. Luckily Mike Lowell ends the inning with a strikeout and not Manny being thrown out at home. WEEI is officially gearing up for an offseason of Manny bashing by not remembering that he has dominated pitching in the playoffs so far. BECKETT DEALS, PEDROIA MAKES A GREAT PLAY. 1-2-3 go the Indians in the third frame.
-END OF THE 3rd-
9:45 - Coco Crips strikes out after only being asked to bunt the runners along. 2 on, no outs . . .and he strikes out, LUGO up, this is probably going to be a double play . . .YUP DOUBLE PLAY. JESUS CHRIST!!!!!!!!!!!!!
9:46 - I've realized Josh Beckett is going to have to shut the entire team down because they won't score another run.
9:50 - I'm just curious as to what a "Bench Coach" actually does. Seeing Brad Mills, Red Sox bench coach come out in the last inning and try to prevent Francona from getting tossed out of the game, made me ponder this. If that really is his job, HOW THE F' DO I GET A JOB LIKE THAT? ( Oh, Beckett just cruised through another half inning)
10:00 - David Ortiz is for real hustling tonight. He scored from first base already in this game, and he just rounded second as if he really was going to go for third on a pass ball after he'd already taken second. C.C. is throwing nothing but gas right now, he's already down 5 pounds. He just hit Lowell to load the bases and here comes Bobby Kielty . . . . . . . no really, 160 million dollar payroll, and here comes BOBBY KIELTY. FLY OUT, Sox have squandered another shot.
10:30 - Lofton realizes that Beckett would demolish him if they got into a fist fight. Beckett continues to deal. I think I heard him yell once after a strike out "ARE YOU NOT ENTERTAINED" (i love the movie gladiator)

QUICKIE: so how many of these Beckett v. Sabathia duels do we have to witness before we re-vote on the American League Cy-Young? Beckett has clearly proved he is the best pitcher in MAJOR LEAGUE BASEBALL postseason play. THAT'S FACT.

10:45 - Pedroia remembered to finally set the table, G-Size errrr I can't get used to calling him that, tried making a diving catch which resulted in the slowest man this side of Benji Molina to reach third. Ortiz sac flys Youkilis in from third, Beckett's got breathing room going into the bottom half of the inning, and I really don't think he needs it the way he is pitching.
11:13 - 10 Strikeouts thus far, Beckett just cruised through that half of the inning allowing a cheap infield single to Kenny Lofton, then got Guiterrez to pop out & Blake went down by way of the K. (I have been waiting to use that line for about two days)
11:14 - Theo Epstein was just spotted in the bullpen, he apparently pointed out Eric Gagne to two of Cleveland's finest, Gagne didn't object, he has just been escorted out of Jacobs Field and give

11:20 - I just located the seal of the Cleveland Police Department and witnessed Jonathan Papbelbon dance, Sober, to YMCA while loosening up in the bullpen. Varitek Promply flys out, Is he doing this so that he can get the equipment on quicker? McCarver continues to state the obvious, Coco won't bunt for a base hit here. NOW HE IS TALKING ABOUT PITCHERS THROWING BALLS THAT MOVE, CAPTAIN OBVIOUS.

11:24 - Epstein has lowered his sniper from the roof at Jacobs Field after watching Lugo bunt to get on base and load the bases. Jay Marriottis favorite pitcher some guy name Masttswtity, or however you spell it, for the Indians has just come out from the pen.

11:29 - Tom Mastiny ends his scorless innings streak at 1, passball . . Sox score. 5-1. Epstein has removed everyone from the bullpen except for Jon Papelbon and a 12-pack of bud lite, opened of course, they took the box away from him.

LITTLE HELP FROM SixPackSportsReport : "that was the type of game where you bought into your own hype and bam Rutgers crushed em"

11:45 - Beckett has DOMINATED Cleveland. The guy with the drum just bashed his own skull in, I feel bad, two rows just got covered in errrr nothing, funny thing his skull was like a drum, empty. 100th commercial for Cialis, I don't have any need for the drug but I know all the reasons to stop taking it if I had to . . . . "If 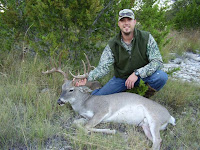 you become blind, If you experience an erection for 4 hours, and If you become pregnant"

11:50 - game is clearly over at this point, and oh what do you know, J.D. Drew just got a hit. My guess is that Coco will get an out here, tough one, I know right? I'm like Nostradamus.