Mr. Commissioner, please explain why? Typical apologists of performance enhanced sluggers in Major League Baseball, that we are. However, can't we please just move past this part of 'the game?' Twenty-players the MLB is going to attempt to suspend for suspected performance enhancing drug use, due to their relationship with South Florida 'anti-aging' biochemist Tony Bosch. We know injured Yankee slugger Alex Rodriguez is dirty, we've know that for a while now. No one bought that Milwaukee Brewer Ryan Braun was clean after his failed-test in 2011, despite his winning appeal of the failed-test in 2012. When current Blue Jay and former San Francisco Giant, Melky Cabrera, failed his test and was suspended last season, not a single-person was standing on their soapbox claiming Cabrera's innocence. As for the other 17-players on Mr. Bosch's scribbled notes of whichThe MLB is prepared to use as their reason 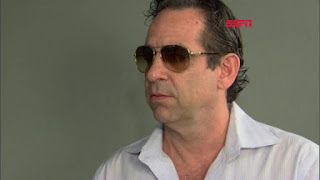 for suspension, leak their names, let the court of public opinion run wild with it, and move on. No major professional sport from coast-to-coast of The United States is being more vigilant when it comes to performance-enhancing substances, and for good reason, we get it. We're moving on from cyclist Lance Armstrong for crying out loud, and he's a man who might possibly be the worst offender of any professional athlete we've had. What good does it do to have these suspensions looming through the legal process? There are some great things going on in Major League Baseball, but based on news stories like this, you wouldn't know it.