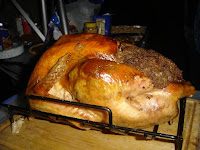 It's getting close to my favorite holiday of the year, Thanksgiving, nothing like celebrating the genocide of the Native Americans. Thanksgiving in the year 2007 is about high school football rivalries, massive amounts of food designed to make the American people fatter, and getting completely wasted with high school friends you don't really care to see the other 364 days of the year the night before, ahhhh to be American. I've taken all of next week off to gamble, drink, and celebrate, so be prepared for some over the top blogging.

BUT FOR NOW!!! I am going to go mailbag on you: ( what the professional athletes I blog about have asked me not to publish on my famous website )
BC Quarterback, Matt Ryan: Is it true you really never attended Boston College? and just have a strange obsession with my skills?
LynchyRightNow.Com : Thanks for the response Matt, I really appreciate it. It is a fact, I never attended Boston College, I do however intend to be an overbearing parent and force my children to go to Boston College, since I'll be paying for it, I feel that will justify the obsession. As far as your skills go . . . yes, I have a strange obsession with them and I have also been predicting since the end of last season that you, Matt Ryan, will be the first quarterback taken in the 2008 NFL draft. For the first time in my life I will wear the jersey of another team because my Dallas Cowboys will be picking 31st. (New England finishes 18-1) I can hear the champagne bottles pop. 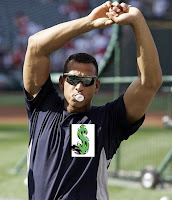 All-World 3rd Baseman, Alex Rodriguez: Lynchy, if I may call you that, after leaving Scott Boras I have no direction in life, please help me determine where I should be playing next year?
LynchyRightNow.Com : No problem A-Fraud, call me what you will, so you want my help? I told you before, YOU ARE WHAT I THOUGHT YOU ARE, (sorry had a denny green moment) So I hear you are thinking about crawling back to Harry and Lloyd (dumb and dumber) I think this is a horrible idea and you overplayed your hand, now your going to eat sh*t from the worst fans in professional sports? 10,000 Miles, that is where Joe ran to, maybe you should give him a call. Don't take this the wrong way but you couldn't handle Boston, we make the playoffs, and in the playoffs well your not exactly our kinda guy.
Knicks guard, Stephon Marbury: Have I got a story for you . . I want to know are you interested to hear what I have on Isiah? for a small fee that is
LRN.COM : errrrrrrrr YES YES YES, let me be the first to say, this is more exciting than the last Harry Potter book. Stephon, I'm sure your tale of Isiah gropings and MSG cover up is going to be just fascinating, but I will let you know your employer probably won't be thrilled about this, and he may even buy you out. Give Vin BaNKer a call, dude has been making bank off of about 10 teams for 6 years and hasn't played a lick of basketball. Straight Cash Homie.

Patriots wide reciever, Randy Moss : Look at me now, straight ballin on the Patriots.
LRN.COM: Was that a question? Randy, you are "straight ballin" and now that you have seen what happens when you get traded to a franchise like Oakland, sign whatever contract they give you. Brady has your back, and start working on the resume for the Hall. Peace out Homie!
Cowboys Quarterback, Tony Romo: Can the best QB in the NFC get some love?
LRN.Com : I'd devote a whole week long blog to you if you had beaten the Patriots, but you didn't and I have to endure the insufferable New England fans even longer. Jerry Jones just gave you $30 mil guarenteed, and you just broke up with one of my top 5 women . . I'd say your doing alright.
49ers Head Coach, Mike Nolan: Nick, my man whats up? Who should we select with our top 5 draft pick next year? 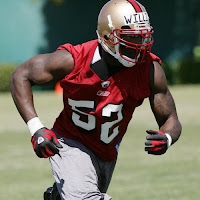 LynchyRightNow.Com: Really? Mike you need to sit down with the GM and he'll explain to you how that pick belongs to Belicheat. You could have drafted a real QB prospect, Matt Ryan . . . . future all-world OT, Jake Long, maybe even someone on the defensive side to help out Patrick Willis but you won't be selecting in the first round. Good move the rest of NFL thanks you. DICK!

NASCAR driver, Jimmie Johnson: How about a blog talking a little bit about NASCAR and my NEXTEL Cup Championship?
LynchyRightNow.Com: Jimmie I won't have a problem doing that for you, actually I was just discussing with my buddy JD from Sixpacksportsreport.com that NASCAR is a way of life and I'm going to embrace it . . . football can be dangerous but a sport where your favorite guy could die at any turn, thats drama. Thanks for the letter Jimmie!!!!!! P.S. I hate Dale Jr.
Celtics Forward, Kevin Garnett: How can I fit in in Boston? It is kind of new for me even though we are off to a 7-0 start I'm still looking for a way to go out and not be noticed as much what would you suggest?
LynchyRightNow.Com: KG, your a 6'11" african-american surrounded by a bunch of irish and asian people . There is no way you won't be noticed. Welcome to New England.
Lastly,
Notre Dame Head Coach, Charlie Weiss: AHHHHHHHHHHHHHHHHHHHHH!
LynchyRightNow.Com: Exactly what I was thinking too, good luck Coach.
Posted by Lynchy at Thursday, November 15, 2007