Inspired by the latest music video from Nickelback, Rockstar, where rather than having the typical "if i wasn't a musician, i'd still be a virgin" lead singer be all in the video, they select random celebrities and athletes, Wayne Gretzky, Kid Rock, and Grant Hill, just to name a few, to lip sync the lyrics to the song, it actually works in this case too. Well since I am neither a musician or a real athlete, I decided I'm going to come up with a completely assanine list of people who I would want to lip sync in my music video, dead or alive, that is currently un-named and un-written: TO THE LIST . . . .

The Wonderful Ladies of Hurricane Betty's - even if you don't know of this fine establishment, it is safe to say it isn't a family restaurant by the name. I figure this would earn me at least free lap dances for all my friends for life, because generally dancers are all only dancing to put themself through school, or until they make it in the acting or singing careers, neither of which actually happen when they realize they can just buy a car, get knocked up, and do more cocaine than Tony Montana, I'm not knocking it, because I'm not so sure if I was a female, that I wouldn't do it. SOME and I say some because it needs to be said, would give the music video a little more appeal than say me, others might drive away my fans, but I'm willing to take that risk, for the comedic value alone. (i'd add a picture of the logo, but i'm not looking it up on google while i'm at work) sorry.
MC Hammer - I'd have to ad a line into the song that said 2-Legit-2-Quit . .simply because that would be enough to incorporate the hammer. I admire this man for a multitude of reasons, first one being that he actually was the first concert I ever went to, I don't know if it was age appropriate because I was like 10 and but it was before that bu 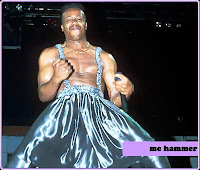 mps and dump song or whatever the f that was. He is the least gangsta alive from Oakland, and no one in the history of the world is more famous for losing all his money to his entourage than Hammertime. Plus it'd be as random as me getting my own music video, so I'd have to offset that by adding MC Hammer.
(no 10 year old should be subject to those genie pants)
Darren Daulton - I've been fascinated on how steriods affected
this guys life, did he kill his family like some wrestlers? no . . did he go to jail after a fit of roid rage? no . . he's actually into predicting how the world is going to end, I read an article about him last year, and hows pretty f'n crazy . . so to have in a music video, dressed up as an actual spaceman o

r in a straight jacket would be equally hilarious, and I would love to torture Phillies fans because they suck at life, and so do their teams . . .I'm from titletown, so don't debate it. I think I could sell tickets and make people pay big bucks to come on set of this thing so far, strippers sorry i meant to say dancers, MC Hammer and someone to torture the Philly Fans . . this is clutch
Tank Johnson, Pacman Jones, Michael Vick, & Chris Henry what?!? these guys need work, Pacman is god damn wrestling, the offer is actually extended to any NFL Player who is currently suspsended and looking for work, the only requirment is that you have been arrested, or questioned more than once over the last five months on an assault, DUI, or strip club incident OR if you've been arrested and face 3 years in jail for fighting dogs that would rip out your throat on instinct alone anyway, but thats beside the point. Just call me Jerry Jones because I'll hire anyone to get a couple news articles, it's worth it. Pacman and the girls from betty's would get along great, Chris Henry and Michael Vick would be tossing footballs around the lot pretending they were Peyton and Marvin before a game . . ahh what it would be like to play ball on the Otisville All-Star Team. and Tank? his name is Tank Johnson, he'd pretty much get into trouble if he was playing croquet.
O.J. Simpson ( i really just can't help myself) one sentence. OJ lip syncing a song from inside a Jail Cell wearing Iso-Toners . . . printing my own money.
Anna Nicole (may she rest in peace) now i'm just thinking of the most rediculous celebrities i can ponder, but this would be funny, i'm talking about the Anna Nicole before she took that rediculous diet pill that makes you lose 200 pounds but go completely crazy and turn into a drunk pill-head who doesn't even know what day it is, or just turn into Lin 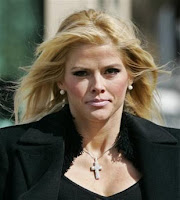 Tony Romo I think you have to have at least one person who is completely normal, and the reason I selected Cowboys Quarterback Tony Romo is because last season when TO would talk to him on the sideline, or he'd be in the lockeroom next to TO & Terry Glenn, you know he had that confused look on his face saying "and I'm hanging otu with these guys? really? i mean really" that look must have been priceless, and the only other way to capture that on film for decades to come would to be 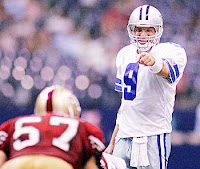 place him a room with all these nut jobs lip syncing a song. Plus Troy Aikman had a country album back when he was QB'ing for America's Team . . .This will officially make him the Dallas Cowboys Quarterback who will bring us back from the promise land.