Keeping it 'light' is what we generally like to do here, after all sports are a form of entertainment, aren't they? However, I do find a sense of social responsibility to speak, or write in this case, and give my opinion on the grotesque happenings recently brought to light at the State College of Pennsylvania.

There are moments which we as fanatical college football fans forget what we are engulfed in. We're engulfed in a machine, a multi-billion dollar revenue building machine. College towns in the middle of Nowhere, USA are responsible for developing a corporation centered around collegiate athletics and more specifically, college football. The lines of amateurism and professionalism are crossed more often than not, money is and becomes a much larger factor than academia, 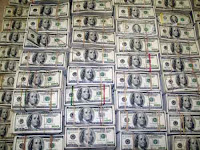 morality, and social responsibility, it's what this machine called college football is. 'The Machine,' does more than cross lines, it creates individuals who are entrusted with more power than CEO's of Fortune 500 companies, individuals with more say than elected officials, individuals turned millionaires who see nothing but the color of the almighty dollar.

Now for the baffling part of recent days. Officials very high on the food chain at Penn State University, a demigod head football coach, a seasoned athletic director of an elite college football program, and a head of campus security for a college boasting an enrollment of nearly 95,000, never once picked up a telephone and made a phone call to report suspicion of criminal conduct too grotesque to speak of. How does that happen? How does sexual assault of a minor by a man entrusted to care for the very individuals he abused go unreported by men of this

like? Based on the words which I wrote in the previous paragraph, I hope you picked up on my point. These men, Penn State head football coach Joe Paterno, former Penn State athletic director Tim Curley, and former vice president for finance and business Gary Schultz, all did nothing to protect children from a predator they were close to. For whatever reason, that doesn't matter the least bit, they ignored the opportunity to protect children. We need to have an issue with this. We need to find out why the graduate assistant felt like he needed to tell Paterno rather than the police, why Paterno felt the need to only speak with the athletic director, why the athletic director and VP of finance and business felt a suspension from the university was the only thing they needed to do after hearing of this, why the president of the university did nothing further when approving the suspension of that sexual predator. Firing? Loss of jobs? That is NOT enough. There are too many questions that need to be answered. Why does a graduate assistant not leave the university immediately upon realizing that the sexual predator was not in handcuffs for what he'd done? Start there. This thing has more legs that need to be uncovered because we should not be satisfied with firings, resignations and retirements!

After hearing the grotesque details of the allegations, I can't continue to write about this. I will end it like this however, we should mark the day on the calender as the last time we allow head football coaches and officials of major colleges and universities to have more power than they ought to. The power to cover up scandal, the power to skirt social responsibility, the power to leave our youth unprotected from the world around them.
Posted by Lynchy at Wednesday, November 09, 2011