In light of recent events, I want to re-introduce everyone to why you can still love College Football. In previous months, even leading into this week, some of the shine on college football Saturdays has come off. However, as a passionate fan of the real 'American Pastime,' I want to help get you all back on board. What better way than to go coast to coast putting some of the greatest venues on display . . .

This is our 'College Football Stadium Bucket List,' if you will.

Michigan Stadium, ANN ARBOR, MI (Big Ten)* - New entry this year. It was the Michigan/Notre Dame night game in Ann Arbor that did it for me. Like the majority of college football stadiums, they’re rocking come Saturdays in the fall. However, this one was different. This was ‘The Big House’ in all its glory, holding 114,000+, playing football under the lights, this became bucket list stadium worthy without a doubt! It’s also the only Big Ten stadium which is making our list. *Disclosure; we’re visiting Ann Arbor pre-October, I don’t do vacations in cold weather cities.

Rose Bowl, PASADENA, CA (PAC-12) - One of my earliest big-game sports memories was Super Bowl XXVII, Cowboys vs. Bills, held in The Rose Bowl. I remember the images of the Cowboys and Bills players alike in awe of the moment, in awe of 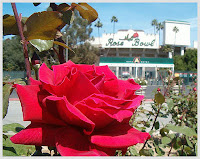 what lie ahead, and of course in awe of the Rose Bowl towering in front of them, and from that moment on I was sold. The Rose Bowl easily makes our College Football stadium bucket list, even if the reason centers around a pro-football moment.

Neyland Stadium, KNOXVILLE, TN (SEC) - I don't know if it's the checkerboard end zones, the Tee Martin National Championship, the setting of the Smoky Moutains and the Tennessee River running in the background, or maybe the 100,000 plus fans decked out in their creamsicle colored Volunteers gear. Whichever it may be, we're hooked on a trip to Neyland Stadium in Knoxville.

Autzen Stadium, EUGENE, OR (PAC-12) - It's Oregon, and I'm guessing the only reason I'd ever be in the state. The Oregon Ducks' Autzen Stadium is widely considered the loudest stadium in college football. In recent years it has become a favorite of mine to watch on television, the high-flying Ducks seem faster when playing at home, the fans don't seem to ever sit down, and the atmosphere is spine chilling. We'd be all fired up to watch the Ducks tear up a PAC-12 opponent, including in-state rival Oregon State in what is referred to as 'The Civil War.'

percentage when playing at home, the Tigers storm down a hill onto the field of play with each of them touching 'Howard's Rock' on their way in. Some great east coast football, amazing golf courses, and a raucous crowd filling Memorial Stadium, Clemson makes our list.

Lane Stadium, BLACKSBURG, VA (ACC) - Thousands of grown-ups doing the 'Hokie-Pokie,' Lane Stadium letting off a resounding 'gobble-gobble' to get the fans on their feet, serving up giant turkey legs to their scores of fans, all things my relatives told me they experienced at Lane Stadium. Our favorite though? The fans all collectively rattling their key chains during 'key play' moments of the game. With fans this friendly and this into the game, how could we not add the Hokies and a trip to Blacksburg to our 'bucket list.'

Tiger Stadium, BATON ROUGE, LA (SEC) - Night games in Red Stick?!?! Forgetaboutit. Fans tailgating for more than 48-hours before game time, a purple and gold passion for all things LSU Football, and of course the three "B's," beer, bourbon, and barbecue. Described by legendary Alabama football coach Bear Bryant, "being inside Tiger Stadium feels like you're standing inside a drum." Looking

down on the field and seeing that 'Tiger-Eye' in mid-field while fans bounce up and down all around you, Baton Rouge's Death Valley might just be the most terrifying place for opposing fans.

Bryant-Denny Stadium, TUSCALOOSA, AL (SEC) - A trip to 'Bama is a trip to football royalty. Filled with a rich history, filled with great football, traveling to Tuscaloosa is a tailgater's dream. Hounds tooth pattern all over the campus, tents for tailgaters as far as the eye can see, and the statues of each of 'Bama's National Championship winning coaches. Alabama has got to be a destination for any fan of college football, with one of the most treasured programs of all time, they're a must watch in Bryant-Denny!

Ben Hill Griffin Stadium, GAINESVILLE, FL (SEC) - Everything about the famed 'Swamp,' gets us excited about going to see the University of Florida. University Avenue littered with orange and blue fans all enjoying sunny Florida game day afternoons. Smokers all over campus making up some of the best food the south has to offer. The boiled peanuts I read all about seem awesome! To see the statues of their Heisman winners, and hear 'The Swamp' rocking, we're all in!

Husky Stadium, SEATTLE, WA (PAC-12) - Mount Rainier rising up in the back drop, pressed up against Lake Washington, Husky Stadium could possibly be the coolest setting for a college football game. One of the

few stadiums in the country where tailgating takes place not only in parking lots but also on water. And you know what that means, right?!?! The finest seafood from coast to coast. All the salmon, oysters, and crab one man can handle, cooked anyway you want. Tailgating on a boat before you head in to watch the Huskies, not any amount of rain the upper Northwest can bring could would wash away this experience.

Hope that makes you think about a different side of college football. Catch us anytime on Twitter & Follow TheRightNowPodcast weekly, (or when we get around to it!)
Posted by Lynchy at Sunday, November 13, 2011

The Grove. . . The football may not be the best but I hear they have the best looking girls in the south

The Grove = the hottest women south of the mason dixon line. The football might not be the best but the view will be.

Melanie here! I enjoyed this piece, please email me--I have a question about your blog. MelanieLBowen[at]gmail[dot]com