Bill Plaschke, L.A. Time sports columnist, if you call him that, seems to believe that Paul Pierce was faking his knee injury in game one of the NBA Finals. He also goes as far as insinuating that his dramatic return to the court is what pushed the Celtics to a victory. I'll admit Pierce can be as good an actor as anyone, but Plaschke acting as a sports columnist in a city with no NFL franchise, that my friends, is an even better acting job.

Aside from the L.A. Lakers, who were a Kobe trade away from being irrelevant last summer, what does the L.A. sports scene have to offer? Plaschke must love covering that Mickey Mouse baseball franchise in Anaheim who poses like their from L.A. or maybe their Dodger counterparts? The same Dodger counterparts that were irrelevant 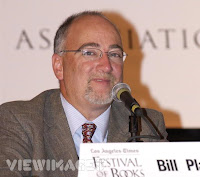 before they went and got an east coast baseball legend to manage their ball club, and even that didn't solve things. The one thing that L.A. recently won, the 2002 World Series, was the sporting event that brought thunder sticks and a cheering monkey onto the scene, great contribution. My question for Plaschke, WHAT HAVE YOU BEEN WRITING ABOUT? It's no wonder you make asinine remarks about a basketball game you probably watched one quarter of.

Can I blame you though? I mean if I had to watch Shaq get traded for 3 quarters on the dollar and then watch him win another championship, I might feel slighted to. Especially when a similar trade happened last off season and now the Celts are on that same door step and all you have to answer that door with is two Russians, a Spaniard, and a Kobe.

I've officially gone into irrational behavior with this, but days after hearing Denver Post columnist, Jim Armstrong, say "this series is the most one sided Finals I've seen" I've completely lost it. Jim Armstrong works for the same paper that has hired Woody Paige, twice. The Celtics won 66 games this year and 25 against the Western Conference, explain to me the one sided part? Maybe he is a die hard Rockies fan and is upset about his baseball team getting their proverbial a** kicked in the World Series in 2007 by none other than the Red Sox. Or maybe he is just a reporter who quit doing real reporting ten years ago and just mails it in now.

Plaschke's contribution to his paper was an assault on Pierce's injury, rather than the Celtics taking game one and a series lead. Armstrong has probably watched three Celtics games all year. I'll remind you these are "those" guys who attack bloggers by saying we aren't factual, we've never been in a locker room. Here's the deal, watch the games, read the stat lines, do your f*cking homework.
Posted by Lynchy at Saturday, June 07, 2008

You're comments are prolific