After allowing his team to lose a 24-point lead and subsequently lose game 4 of the NBA Finals, it has never been more evident that Kobe Bryant isn't Michael Jordan. Although Kobe has never claimed to be Michael or even "Like Mike," there have been many to make the comparison.

The question in itself, "Who is the next Michael Jordan?" is a ridiculous one at that. His Airness was the most dominant champion since Bill Russell. From 1991 to 1998, Jordan captured six NBA championships. If not for the passing of his father and abrupt retirement in 1993, many would claim that he would have won eight

consecutive NBA titles. The 5-time MVP is recognized globally as the single greatest basketball talent ever. In his prime, Jordan managed to prevent stars and future Hall of Famer's such as Karl Malone and Charles Barkley from ever reaching the pinnacle of their profession as champions. The game's ultimate defender and competitor, Michael never allowed his teams to even get pushed to a game seven in the NBA Finals. For Bean Bryant to reach the top of the mountain, he'll have to defeat the most historic franchise in NBA history, the Boston Celtics, at their place in a game seven; a Jordanesque task for a player nowhere near the man we call Michael.

These are the top 5 reasons why Kobe isn't Michael:

5. Michael has his own logo. Not only his own logo, but his own division of Nike -- Team Jordan. Maybe Kobe was on his way toward a 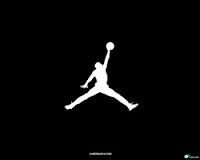 personal logo; McDonald's, Sprite, and of course Nike all were completely fascinated by him. A three-time NBA Champion at the start of the 2002-2003 season, Kobe had the corporations eating out of the palm of his hand. Yet a certain rape charge made against him by a 19-year-old woman sent those same corporations running for the hills. Both McDonald's and Sprite immediately pulled commercials of the accused superstar. People don't forget as quickly as we would think. A Finals MVP and numerous ABC stories of Kobe with wife and children won't put him back on the pedestal that he was once on. You won't see the logo of Kobe Bryant on sneakers anytime soon.

4. Jordan climbed to the top and Bryant ran to the top. Bryant won a championship with Phil Jackson running the show and Shaquille O'Neal in his prime during Kobe's 4th NBA season. Jordan had to climb to the top after 7 NBA seasons. In my opinion, my opinion, Kobe playing alongside Shaq and being coached by Phil Jackson made him spoiled in a way. He was shown what the top looked liked and figured he'd be there year after year, which turned into, "I'm the reason we're there." Michael went through 7 seasons, seasons in which he was the best scorer, defender, and player in the league, all while failing to reach the top. Playoff losses piled up and probably allowed Jordan time to figure out how to win and bring his teammates along for the ride. At the point in Kobe's career when he was screaming at teammates and showing up coaches, Jordan was arriving on the championship stage for the first time in his career.

3. Michael has always had Phil's trust; Kobe just gained it... maybe. Did Phil ever write a book documenting Michael's insubordination of "his way"? With the release of Phil Jackson's book, The Last Season: A Team in

Search of Its Soul, the world was given a detailed look into the differences between Phil, Shaq, and Kobe. Clearly a problem Michael was never forced to face. Even to this day, in the 2008 playoffs, there have been times during the playoffs when Kobe visibly disagreed with Phil. No matter how much Phil comes to Kobe's aid, neither he, Kobe, nor the entire world would tell you that the hatchet is buried. Some people settle disputes based on how the other can help them get to where they need to be (i.e. Hillary and Bill Clinton) a classic example is Kobe and Phil, the sequel. When Kobe was trying to force his way out of L.A. last summer we weren't hearing boo about how he would be upset to leave Phil.

2. No player Kobe was paired with turned into a top 50 player of all time, because of Kobe. You know the story of Scottie Pippen, right? Nearly 17 points and six boards a game for his entire career, Scottie Pippen, is considered as ONE of the 50 greatest players of all time. A player that Jordan not only helped improve but helped become one of the greatest defensive talents the league has ever seen. A member of the original Dream Team and also the team that won the gold four years later, he was a seven-time All Star and a member of the all NBA defensive team eight times. Perhaps Pippen's best year was the year in which Jordan retired and Pippen finished third in MVP voting and carried the Bulls to 55 wins. Who was the last player that Kobe assisted in an All Star-like MVP season? No one.

passed over for MVP. In Michael's just third season he won the award (1987-1988). In a league that consisted of legends Larry Bird and Magic Johnson, Michael Jeffrey Jordan was the MVP. That year Jordan was also selected as the NBA's defensive player of the year and NBA All Star Game MVP.

Obviously these aren't all the reasons why Kobe Bryant isn't the next Michael Jordan. Kobe won't ever become the Michael Jordan that wore #9 during the Dream Team's first tour of the Olympic Games. He'll never be the Jordan to hold up six fingers showing the world how many times he's been to the top of the mountain, but he will always be one of the greatest players in the game. This column was meant to be more a of realization how of impossible it is to be the greatest, and how possible it is to just be you.
Posted by Lynchy at Saturday, June 14, 2008

6. Kobe is lazy on the defensive end

7. His teammates hate him