How It Should Be

All the talking heads are out, they need to be put in place and who better to do it than your talking heads at LRN. Time to break it down and get after it!

However, in a 'what have you done for me lately' league, wide receiver Terrell Owens remains unemployed just weeks before NFL training camps open. Turning 37-years old this winter and coming off a less than Owens-like season in Buffalo, 55 catches for 829 yards, there doesn't seem to be many owners and general manager's in need of his services. The locker room killer and as far as fans in at least three NFL cities feel, the "ultimate headache," being unemployed for Owens is exactly How It Should Be.

I'm completely on board with LeBron James taking his talents to South Beach. As a fan of these Boston Celtics, how can I not be?!?! I'd love to have seen what the trio of Garnett, Pierce, and Ray Allen would have won in their prime. Yet I understand YOUR point. 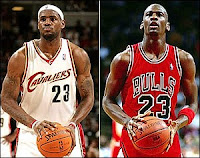 Jordan, Bird, and Magic, all amongst the elite players of all-time, wanted to crush their counterparts rather than team up with them. When Michael Jordan, Charles Barkley, and Magic Johnson show disapproval of LeBron's decision, it should only be expected. Michael Jordan would lash out at teammates for playing poor in practice. Here's a guy who refused to let the Wizards fail, to the point that he came out of retirement to go from the front office back to the hardwood. We know Michael wouldn't have done that, but LeBron James isn't Michael Jordan. Unfortunately for LeBron, he's going to have to take it from these legends, and that's exactly How It Should Be.

Dwyane, Shhhhh. That's the best advice you're going to get. I see where you were going with "We enjoy the bullseye. Plus, there's going to be times when we lose 2-3 games in a row, and it seems like the world has crashed down. You all are going to make it seem like the World Trade is coming down again, but it's not going to be nothing but a couple basketball games." You don't need speak on this. LeBron

isn't your big brother, he's just your friend and if you haven't noticed he can handle things on his own. D-Wade, your the King Of Miami, over the past two weeks you came out looking better than anyone. Successfully luring two All-Stars to join you on South Beach, grabbing the front and center spot on SI, as Kobe gets older and LeBron became Public Enemy #1, young Durant playing in the basketball annex that is Oklahoma City, that leaves Y-O-U. LeBron has got to take a little heat, no pun intended, all you've got to do is keep it quiet and that's How It Should Be.

Does anyone know that 1 of 4 of the PGA Tour Major Championships took place this past weekend?!?! Don't use the excuse that it took place across the pond as to why you ignored it. You ignored it for one simple reason, say it, say it, because Tiger finished 23rd and had no shot on Sunday. Truth is, Open Championship winner, 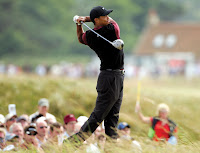 Louis Oosthuizen is going to merely be a hard name to pronounce in ten to fifteen years. Furthermore, after everything that has gone on in the past 365 days for Tiger Woods, everything, he's still one of the most popular, have to watch, athletes on the planet. During The Masters, when Tiger Woods was playing his way into it, you were tuned in. Two majors, won by Graeme McDowell and the guy with the tough name to pronounce from South Africa, are going to be lost in the shuffle. With the Harris Interactive Top 10 most popular U.S. Athletes coming out this week, and Tiger Woods (a philanderer of the worst kind) still resting on the top tied with Kobe Bryant (accused of rape just a few years ago), one thing is for certain, flaws or no flaws, we don't get sick of talent. That's How It Should Be!

Lou Piniella, Out! I'll always remember Lou as the coach of those early Mariners teams with Griffey, I used to watch them as a kid (I'm 27). Piniella the famed coach kicking up dirt, slamming his hat to the King Dome carpet, that was the Piniella 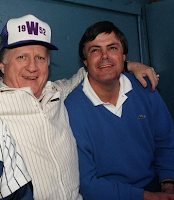 I'll remember. For the last couple days since the announcement that he'd be leaving the Cubs at the end of the season, we haven't heard one bad thing about 'Sweet Lou. Good things all around. Turn back the clock a week though. The death of Yankee boss George Steinbrenner was felt with mixed reactions, sure George wasn't the nicest guy in the world, a little off tilt, and most likely a really hard person to work for, only the ones who have would know. Now there is a difference between retiring and death, but with all due respect to those doing both, ease up on 'em. We don't need to discuss how terrible Steinbrenner may have been, just treat 'em like 'Sweet Lou. That's How It Should Be!