The readers have been up in arms as of late. Three particular readers wanted me to clarify or were just looking to take me to task. Either way, I've given them the time of day!

I've got to disagree with you on the Patriots ranking this week. Not just because I'm a fan, but because they totally outplayed them for 95% of the game. Yes, they made a bad COACHING decision, but they were a better TEAM on the field. That game actually made me feel like the PATS are a Super Bowl caliber team! - Alethea, Jacksonville

Where do I begin? I love your optimism, as a Cowboys fan who hasn't seen his team win a playoff game since the first Clinton Administration, optimism is always appreciated. No one can dispute how well the Patriots played on Sunday night, they took a 17 point lead into the fourth quarter. I wouldn't have 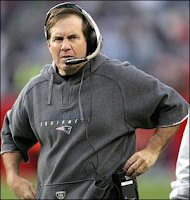 gone for it on 4th and 2 from my own 28, with two minutes remaining in the game, but that isn't my decision to make. Whether your from the camp who believes Bill just knows that offense so well he was so confident they'd get the first down or if your from the camp who thinks he just doesn't trust his defense, the fact remains, that is New Englands third loss. They needed that win. Sure they can win at home, and sure they can win in domes, but Peyton in Foxborough in December? We've read that book. That is where the Patriots should have wanted him. Not from your 28-yard line with timeouts to burn and two minutes on the clock. You can be confident about the offense being back to where they were, but even the most star-crossed Patriot fan shouldn't be without concern on Monday morning. (I can't just put the Pats #1 every week; keep those fans happy? Not a chance haha.)

You're forgetting Minnesota did play Pittsburgh and would have won if not for a bogus call by the refs. They also beat the Packers twice, whom Dallas just lost to. Your going to look bad once you look back after the Super Bowl and the champs never were higher than 4 in your Power Rankings. - Bob, Worcester

The teams ranked ahead of Minnesota are as follows; Indianapolis, just beat New England and remain 9-0. New Orleans, handed both New York teams their first losses, won in Philadelphia and in Miami, also remain 9-0. Lastly, Cincinnati who just beat Pittsburgh 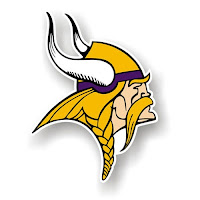 for the 2nd time, have beaten Baltimore twice, and won at Green Bay. However you want to put a Minnesota team who needed a missed last second field goal to beat Baltimore at home above these teams? Who else have the Vikes beaten? The (1-8) Browns, the (1-8) Lions twice, the (1-8) Rams, the (4-5) 49ers, and now they have the (3-6) Seahawks coming up. When five of your eight wins come against opponents in the lower tier of the NFL, you probably don't deserve to be as high as 4! I think the Vikings have a tremendous defense and the most dominant offensive weapon in the NFL, but they aren't better than any of those teams at the top. Not to mention, as a Vikings fan I'd be awfully quiet at this point, Brett Favre has yet to start costing you wins and that's about as good of a guarantee your going to get in the NFL. All that being said, love the fire, keep reading! Thanks!

Cincinnati, Boise State, TCU, Texas, 'Bama, & Florida. You've told us about them already. How can you ignore the one team which has been laying in the cut since day one? The class of the ACC isn't Miami, Virginia Tech, or Clemson, it's Georgia Tech! Where is their due? - Rich, ATL

Just how good is Georgia Tech? They've won in Starkville, like Florida (1). They've taken down Frank Beamer & the Hokies, like Alabama (2). They've beaten Clemson, like TCU (4). I can't say your wrong, the Jackets are the best of the 1-loss teams in the country. That being said, they are 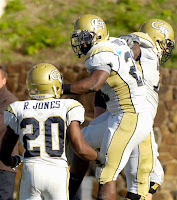 Orange Bowl bound and that's it. In most seasons Georgia Tech would be able to lay claim to a good amount of National Championship buzz, however this season is not most seasons. While Tech will end the season against another SEC opponent, Georgia, and they've already beaten Mississippi State and Vanderbilt that's all they play, Florida and 'Bama play games like that every weekend. I'll take it one step further, their one loss is against a Miami team that has struggled to a 7-3 record. Each of those teams ahead of Georgia Tech, haven't had that slip up. At the end of the day Tech only has their conference to blame. The ACC hasn't played as well as anticipated. Believe me, I notice that Jonathan Dwyer and company have put up 30+ points in 8 of 11 games this season, but the log jam of undefeated teams this late in the season is holding the Yellow Jackets back, that's the haps.

You can always leave questions or comments on LynchyRightNow or also message me on Twitter! Thanks for Reading!
Posted by Lynchy at Thursday, November 19, 2009