Thanksgiving, the time of year for football, giving thanks, and a tryptophan hangover that'll put you to sleep for a month. As I was thinking of a Thanksgiving special for the readers of LynchyRightNow, one thing came to mind, thanks. So, who deserves some real thanks in today's world?

Hmmm, right. Here's the first one. NFL owners, who are asleep at the wheel. I'm going to hold off on ripping Al Davis of the Oakland Raiders, the man looks like

beetlejuice, on a bad day. However, special thanks from the family of Marvin Lewis to Bengals owner, Mike Brown. Not many guys can refrain from firing a guy who has led his investment to 16 wins in three seasons while his players are arrested more often than Amy Winehouse. Mike Brown, pass the stuffing and thank you. Eagles owner Jeffrey Lurie, I'm just going to put it like this, Andy Reid is running a franchise that has been a .500 team and missed the playoffs three times since their trip to the Super Bowl. From a Cowboys fan, as long as Reid is in charge this team is mediocre at best. Thank you Jeffrey Lurie.

Thank you very much to the 2008 BCS. Do I like the BCS? No. I believe it has ruined parts of college football, made it 100% about money, and quietly given jobs to entirely to many former college football players and coaches. Jesse Palmer 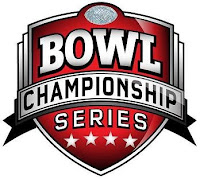 (The Bachelor) and Lou Holtz to name a couple. But like most terrible things in life, eventually somebody realizes how absurd they really are, George Bush, Windows Vista, and Seinfeld. This year is in fact, the year we discover how absurd the BCS has become. Southern California blew out every team they played by 50 points, slipped up at Oregon State and their season is shot. Texas Tech shocked a top ranked Longhorn squad, and now the Longhorns could be on the outside looking in. Penn State dominated their schedule, including an Oregon State team that they may end up facing in the Rose Bowl, yet they have no shot at a National Title. Thanks, to the 2008 college football season (and in small part to President Elect Obama, who has made a point to mention this system) for showing the entire country how to eliminate three of the countries top programs from title contention. I'll have canned cranberry sauce, please.

Thank you to the Notre Dame basketball team. The men's basketball team is ranked #8 in the country, as of Tuesday. In one week they've beaten the Hoosiers by 38 points and dropped the higher ranked Longhorns in the Maui Invitational. The Fighting Irish hoops squad is widely considered a favorite to make a deep tournament 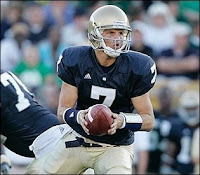 run in March. So, why am I thanking them? Their play this week has if only for a second, taken the focus off the Fighting Irish football team. The same Fighting Irish football squad that should have the biggest problem with the BCS system. Why? The one loss Southern California football team won't be going to the National Championship or the Rose Bowl without help, so the only thing they can do . . . HANG 70 on the Irish in their regular season home finale. The USC defense has a top five defense in the country, they've given up more than 20 points only twice the entire season, and have yet to allow more than 23. Against Washington & Washington State, the Trojans were 2-0 and outscored the opponents by a combined 125-0. With that said, thank you to the Irish hoops team, for delaying the upcoming Irish football beatdown, things don't look good for Charlie Weis, not at all.

The Detroit Lions really should get thanks. They have officially restored my belief that at least one team can go 0-16 in an entire season. The ghost of Matt Millen is still haunting this franchise, it just sucks that Millen won't be around

to see his dream come true, a win less team in Detroit. The man responsible for drafting four wide receivers in the top ten in four separate drafts was fired this season, unfortunately he really has nothing to do with how the players perform on the field, so after 12 weeks, the Lions are 0-11. The firing of Millen wasn't the only excitement for the Lions this season, they had a quarterback run out of the back of the endzone, signed a free agent quarterback off a scrap heap, and traded their top offensive weapon. You think they'll win a game? The Titans will throttle them on Thanksgiving, Adrian Peterson comes to Detroit after that, they get Indy with an improving Colts team, Drew Brees in the midst of a record breaking season, and go to Lambeau in the final week. Thank you for restoring hope that I will see a team go 0-16. Pass the carrots.

Thank you to the NFL and quarterbacks like, Tyler Thigpen, Shaun Hill, JaMarcus Russell, Dan Orlovsky, and Senaca Wallace. You have all single handily made it evident that inmate #19078942 a.k.a. Michael Vick will be given a second chance in

he NFL. At the end of the day, he could outplay any one of those quarterbacks given five months to work out in NFL facilities and in the right system. Maybe Vick isn't Jason Campbell and maybe he will have some rust (sad pun, totally intended) from being in prison, but one thing we never doubted about Vick was his athleticism. I'm completely sold that some owner in the NFL will give him a shot, with the amount of NFL quaterbacks that get injured in a season, Kyle Orton, Tom Brady, Tony Romo, Matt Schaub, Brodie Croyle, Jon Kitna, and Matt Hasselbeck, one of those owners could see the benefit in having a backup the caliber of what Michael Vick may be. Sure it'll take an apology or two and an owner with brass balls to pull the move off, but it will happen and Michael Vick has injuries to Thank on this Thanksgiving. Pass the turkey!

Hope you all have a Happy Thanksgiving! GOBBLE! GOBBLE!
Posted by Lynchy at Wednesday, November 26, 2008