Let it be known from coast to coast, 1 & done Kentucky Wildcat John Wall is bound for the beltway. With the Washington Wizards securing the top overall selection in the June 24th NBA Draft, the consensus best player available is headed to the Wiz. Aside from the Wall's destination, what else have we learned after Thursday nights draft lottery selection show? 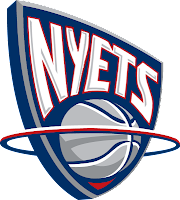 for an un-built arena in Brooklyn. And now? Losing out on the #1 pick when they had the best odds to land it, I don't buy LeBron is headed to Jersey at all. Here's the biggest problem with the Nets, they were a 12-win team last season. LeBron James is going into his eigth season and for the second consecutive season, he's been denied a ring when it looked as if he was in the driver's seat for it. LeBron makes nearly every team an instant contender, unfortunately the Nets are not every team. They have new ownership whose yet to takes lumps new owners do. They'll be adding a new coach who needs to have more control over the locker room. Popovich, Jackson, Rivers, and Riley all coaches who've recently won titles and had complete control over their locker room. Any of those coaches out there? The Nets are a work in progress, and LeBron James is not.

This is why Jazz win 50+ and reach the playoffs every year. I'll admit it, I didn't remember how the Jazz acquired a lottery pick in this upcoming draft. Then again, based on what Isaiah Thomas and the New York Knicks did in the 00's, I knew he must have had something to do with it. A little bit of research and this is what I found . . . 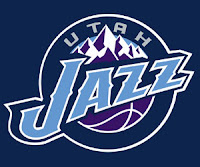 In 2004 Isaiah Thomas traded Howard Eisley, Antonio McDyess, Charlie Ward, a 2004 draft pick, and a future protected draft pick to the Suns for Penny Hardaway and Stephon Marbury. Not long after that, the Jazz traded Keon Clark and Ben Handgloten to the Phoenix Suns for Tom Gugliotta and that Knicks first-round pick.

And there it is. The Jazz now have a top 10 selection the same season they won 53 regular season games followed by an upset of 4th seeded Denver team in the first round of the playoffs. From mock drafts selecting everyone from Patrick Patterson, the 6'8" Kentucky Wildcat, to Ekpe Udoh, the 6'10" Baylor junior, the Utah Jazz are going to add yet another young big man with a ton of upside. What Jerry Sloan and the Jazz brass are able to do year in and year out, who isn't impressed?

You won't talk me into Kentucky Wildcat DeMarcus Cousins, won't do it. He wouldn't be in my top three, no way, no how. I'm just not as impressed as the masses are. He's an a kid who needs college to become more mature. You know what attitude having, rookie big men get in the NBA? Abused. Your playing against grown men as an 18-year old. Your banging with players who

are just out there to disrupt your game. Think DeMarucs Cousins is ready right away to put up and shutup? I doubt it. You out physical a ton of college basketball players, in the NBA it's much harder. Ask Dwight Howard. A player who is built like a machine and at time still gets beat up in the paint. It's difficult to ignore the size and athleticism of DeMarucs Cousins, especially when your a lottery team who usually needs help in more than one place. With big men in the NBA, especially young big men, discipline to controlling your weight, hitting the gym, and playing defense is a huge necessity. At the end of the day is an immature 19-year old whose never been challenged ready to make that step? A player who argues with his coach on the sideline at the college level? I doubt it.

The Sixers did very well. The #2 pick, everyone but John Wall on the board, the Philadelphia 76ers went a long way at luring in a new head coach. The real victory however, would be landing Ohio State super guard Evan Turner.

Turner was the player of the year at the college level this past season. Judging by the way scoring guards have made their impact on this postseason and postseasons of years past, Turner is exactly like them. A long guard who has progressed throughout his time in Ohio, Even Turner is preparing to make that leap at a much bigger level. For all the players criticized throughout their draft pick through, Evan Turner is pumped up with his hustle points and ability to make plays on both ends of the court. If the 76ers head into next season with Jrue Holiday and hopefully the acquired Evan Turner, they'll have a good young backcourt for years to come. Sixers fans, be proud.

With the draft just a little over a month away, a ton of players are going to be dressed up and down. Time to bunker down and get after the NBA Draft . . .
Posted by Lynchy at Tuesday, May 18, 2010