I've been a longtime fan of one particular television show: ESPN's The Sports Reporters. Between Mitch Albom, John Saunders, Bob Ryan, Mike Lupica, and who could forget Dick Schaap, I've been watching this show since I was a lil' Lynchy. Now that you know where the inspiration came from, I decided to act as if I was on it and wrote down every question they discussed this past Sunday morning (9:30 ET in case you want to watch), and give you my take. Everything from the opening remakrs to the parting shots, enjoy!

I'm Nick Lynch, creator and founder of LynchyRightNow. Led by freshman quarterback Matt Barkley, Pete Carroll and the Trojans finished 5th in the PAC-10 after losing three of their last five. While heading to their first non-BCS bowl game since 2001, I won't knock Southern Cal, the rest of the conference is simply getting much better. From Chip Kelly at Oregon and Jim Harbaugh at Stanford to former USC coordinator Steve Sarkisian now the head coach at Washington, the PAC-10 is becoming very dangerous. With half of the conference teams (5) finishing the regular season in the BCS Top 25, the PAC-10 is no longer just a Trojan dominated conference.

Are we getting the best possible BCS National Championship game?

Of course we are. Outside of Cincinnati, no one should be upset this morning about who will compete for the BCS National Title. When TCU beats Tim Tebow or Boise State gets past man child Ndamukong Suh, then we'll talk

about them deserving to be in the mix. Take nothing away from Alabama and Texas, these are the best two college football teams in the country and running the table in the SEC and Big 12 is no joke. Let's get one thing straight, Colt McCoy and the Longhorns deserve to be in Pasadena even after they won on a literal last second field goal to get there. One of the best defensive units in the country, the winningest quarterback in college football, a 13-0 record in a top tier football conference, Texas is National Championship worthy. As for 'Bama? They put nearly 500 yards of offense up on a Gator defense which allowed just 233 per game in the regular season. You make the call.

We sure thought he'd be, however the junior signal caller had different plans. McElroy went from a seemingly mention less figure of the SEC title game prior to kickoff, to perhaps the difference maker by Saturday night. Averaging 13 yards a pass on twelve completions the Southlake, TX native stayed mistake free and engineered long drives keeping his Florida counterpart on the sidelines. More so, McElroy made folks in Austin aware that the Crimson offense is more than just a Heisman candidate in the backfield. One more thing for you to chew on, since the Alabama opener against Virginia Tech, McElroy threw no interceptions on the road. Still think he gets rattled?

Hard to argue either will, especially after how New Orleans escaped Washington on Sunday. These aren't teams led by rookie quarterbacks, between Drew Brees and Peyton Manning, they've got 21 years of calling plays in the NFL under their belt. However, given 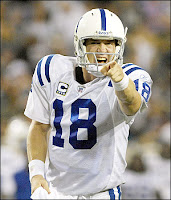 how difficult it is to pull of an undefeated campaign I'll tease you. Both teams have favorable schedules ahead of them, but it'll be the New Orleans Saints who slip up first. I don't think Peyton thinks about it, too many veterans on that team who've previously been to the top of the mountain. The Saints on the other hand, this is all new to them. As you saw in Washington this past week, things don't get easier and your getting every teams best shot from here on out. In their final two games the Saints get division rivals Tampa Bay and go to Carolina to close out the season. Being two games up of Minnesota after the Vikings loss last night, the Saints drop one of those final two. Can the Colts win out? Maybe not, but the way Peyton has played no one would be surprised.

How do you feel about the Florida State legend Bobby Bowden coaching his final college football game in a second tier bowl game?

It wasn't going to end any other way. Bowden would still be the Seminole coach if he was headed to a better bowl game, but in big time college football, "what have you done for me lately?" seems to be the way we're going. As for Bowden, after a 9-4 campaign in 2008 much more was expected from his program and he just couldn't get it done. Three of the last four seasons the 'Noles have finished with six losses and have lost to the Gators for six straight seasons including a most recent 37-10 blowout to put a cap on Bowden's season. While a stand up move to give Bobby a Gator Bowl invite, keeping him in the state of Florida, it's hard to know this is how he'll leave the program he built in Tallahassee.

With the new head coach yet to be named, what are realistic expectations for the Notre Dame football program?

On the day announcements come out that quarterback Jimmy Clausen and play making receiver Golden Tate will leave South Bend for the NFL, expectations won't be high out of the gate. I would go so far as to say the Irish will be looking at another disappointing season. A new coaching staff which most likely 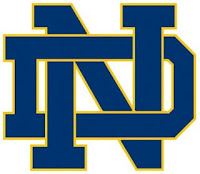 won't be brought in until after mid-December has alot of work to do for an Irish defense that has played terrible this past season. Now losing their top offensive weapon and field general Jimmy Clausen, what else can you expect? Looking down the road, I think the Irish should prepare themselves for life as a second-tier collegiate football program, obviously they haven't grasped that just yet. The Irish have showed very little consistency through the last 15 seasons and until it gets better, that may be just what you are. All that being said, Cincinnati's Brian Kelly can recruit good players, has succeeded on every level, and shows the ability to win in tight spots, something the Irish have lacked as of late. If they want to get back to where they once were, the way to do it is through a coach like Brian Kelly.

Why do they call it a gamble when you go for it on 4th down? Because it is! You risk field position, you risk points on the board, you risk losing momentum, all those risks make it a gamble. Well Bill Belichick, were those gambles worth two victories? Now your 7-5 rather than 9-3 and if the postseason started today you'd be going on the road where your 1-5 this season. But hey . . . your the genius, not me.

Thank you for reading, The Sports Reporter
Posted by Lynchy at Monday, December 07, 2009