I've been on board with MTV's The Real World for the better part of my life. Mostly because I just wanted to know what it was like when seven strangers were picked to live in a house and have their lives taped to find out what it's like when people stop being polite and start being real! (Sorry, had to do that.) In all honesty, it's a great show that has really transformed an entire generation and ultimately created the 'reality-television' genre. I'm not sure if that last sentence is a societal win, but we'll take it. Anyway, the most current installment of the series takes place in Portland, Oregon - not to sure why, but it does. Given that I haven't really been invested in the television show since the cast was in Cancun, Mexico back in 2009 and that I'm turning thirty-years old in less than a month, I figured I'd give The Real World: Portland a shot on my DVR. This most recent three-week binge I've taken to catch up on the entire show from this season has been just that, a binge. Watching about eight or nine episodes in a three week period has really got me messed up and left me with some real revelations;

1. What the f*ck?!? You've got to be a special kind of moron to move to Portland, Oregon where chances are you've got to be at least amongst the top five most exciting things going on, and immediately get into a serious relationship with anyone in the actual house. I just want to scream at this kid 'Johnny,' from my home state of Massachusetts to boot, Portland should be your oyster and the odds of you and this girl who resides in Arizona actually making it have got to be slim! 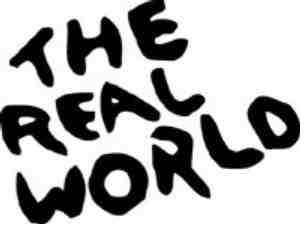 2. I might be a bit too old for this. Go back and read item one, in which I give relationship advice to a kid who is most likely at least six years younger than me and hammered at least five out of every seven days. But seriously, the cast has had at least a half dozen on-air discussions about such topics as race, sexual preference, religion, and how they were brought up. I'm twenty-nine years old and have never had a serious conversation about race, sexual preference, religion, and how I was brought up with any of my friends, let alone people I'd only known for the past three months. Maybe I didn't notice it when I was watching the show and the cast was the same age as me, but is this really what twenty-somethings discuss now? I'll tell you what my college roommates and I discussed; breasts, beer, breasts, and beer. In that order.

3. The employment factor has gone off the tracks. I don't expect the housemates to have a job where they're actually doing something productive for society, also I'd hate to see them have real jobs which actual participating members of society could have. That being said, Portland's cast pretty much does nothing. (2) Of the (7) member cast are fro-yo jockeys selling out of a canteen, and the other (5) are "working" at a pizza place doing tasks which amount to about two hours of work and five hours of sitting around drinking discussing some of their absurd arguments they've had that day. Why can't MTV put them together with a non-profit where they're not making money but are required to go and act appropriately or they get removed from the house.

(I've officially alienated every reader who was out on MTV's The Real World five years ago, my bad.) 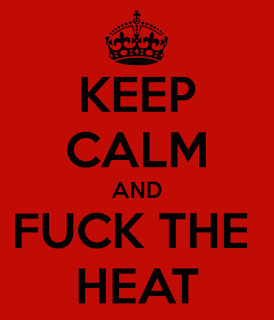 LeBron James. Odds are that the NBA's greatest player will will his Miami Heat to a second-straight NBA Championship. While the Indiana Pacers could push the Miami Heat to seven games, I still see a situation in which the Heat are hoisting the Larry O'Brien after San Antonio gives them a run. That being said, no one really likes LeBron. But why?!? He's a friendly guy, probably loves the kids, makes a ton of commercials for non-sneaker stuff, I'll help you out on this one. He took his talents to South Beach, period. Sure, he'll make a ton of moments that he'd hope would erase him sitting on that director's chair at a Boys & Girls club with Jim Gray, but he'll still be wearing that Heat jersey in all those 'new' moments. The Cavaliers, the franchise he left, are on the verge of having their second top pick overall since James left them, and we love them for that! Why? Because we dislike LeBron. Anyone else watch him storming around the court after he fouled out in the Heat vs. Pacers pivotal Game 4? Anyone else think he muttered this sentence, "How dare they call fouls on me, I'm LeBron, LeBron don't foul!" Anyone else think that 'King James' talks about himself in the third person, in fairness very similar to how Kobe calls himself by his nickname when he tweets?!? We'll never like LeBron, and not just in Boston where he squashed any hope that our aging superstars would bring us just one more banner in this run, we'll never like him because he's not likeable on South Beach, and if you don't think that bothers a guy like LeBron, you haven't been watching him! Did Michael ever do a commercial in 'The Barber Shop' with the motive to have us believe he was 'that-guy,' No, he did a commercial where he scored 50 points in wing-tips because he was in the board room moments before!