There are definately days out there where I hear this when I praise a certain athlete, "You what?!? He's terrible, I hate him." It got me to really thinking. Why do you hate Mike Vick now? Have you heard about this guy, who did this? Why can't we dig a little deeper and find out who really causes a problem, or who really hurts others around him? Are we all just listening to the 1st story on the news? Or, are we opening up the magazine and reading a little more?

I understand, you really like Fido the dog, maybe even love him. Point taken. Buuutttt, you understand he's an animal right? How was that bacon you had with your coffee? The turkey on your club sandwich you had for lunch? The crab meat you ate as an appetizer out at dinner? How about that filet you filled up on? Just so we're all on the same page, none of those animals went quietly. Now, don't get all fired up. Hold on. Wait for it . . .you're a hypocrite. Old news though, we're past that, Vick spent 548-days in prison, lost two years of his career, and we'll never know how many greenbacks. My point is, he made some bad choices but did indeed pay for those bad choices in more ways than one.

Who you really shouldn't like; Patriots receiver Donte Stallworth

Don't recognize the name? Come on now, you're the same person who just said you hate Michael Vick, and you don't know Donte Stallworth? Well, I'll fill you in. Stallworth had too many cocktails in a posh Miami bar back in 2009, got behind the wheel of his Bentley sedan, and proceeded to strike, 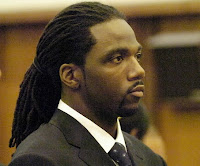 with his vehicle, and kill a man heading home from working the night shift as a crane operator. That would be manslaughter. Murdering a man on his way home to his family because you were to ignorant to call a car service rather than get behind the wheel is far worse than anything Michael Vick did. Oh, and Stallworth did only 24-days of a 30-day prison sentence, reached an undisclosed amount to settle with the family of the victim, and lost his license for life with the ability to get it reinstated after five years to go to and from work, at his job as an NFL player!

Now this one I'll never understand. Armstrong raised more than $325 million for the research and awareness of cancer throughout the world, and that was a number posted over two years ago! Has never had any of those 'Tour de France' victories stripped away from him, only been accused and exonerated from false accusations in a sport where largely they go by the motto, "if you ain't cheating, you ain't trying," and still women don't like him. For the better part of the last twenty-years he's been the face of cancer survivors across the globe, I'm shooting out random numbers but I'll bet of every 50 people you meet on the street, at least two of them have on his signature 'LIVESTRONG' bracelet. Now that's impressive. If you're still not convinced, believe me his wife who he left for Sheryl Crow, I'm sure she was well taken care of.

Who you really shouldn't like; shamed American cyclist Floyd Landis

Now here's a guy to loathe. Not only was he shamed after failing PED tests and stripped of his Tour de France championship, at the time the first in the history of the sport, but then he proceeded to try and take everyone

down with him, including the guy above who raised countless of millions of dollars for cancer research everywhere! Landis spent years trying to fight his failed tests only to later just come clean and admit it, oh and he even wrote a book about how he wasn't guilty! Then again, if you want to hate Lance Armstrong for being friends with Matthew McConaughey, well then I'm on board with that as well.

14x Major golf Championship winner, Tiger Woods Yes, his off-the-course activities have now far exceeded anything he's done on the course, as remarkable as that sounds, it's true. And yes, he is definately not someone you would want your kids to look up to at this point. Oh, and the level of infidelity reported was most likely a fraction of what he's actually done throughout his playing days, as hard as that is to believe, it's also probably true. Wait, scratch that, you should loathe Tiger too.

Look, I don't care for LeBron, don't get this twisted around. I really don't like the guy, never really have. However, why you don't like him? That's absurd. He's playing in a city more fun than nearly half of all U.S. cities, far more fun than Cleveland. Furthermore, he's playing on a team with players the same caliber as he is, something he'd never experienced before. He doesn't curse around the court like Kevin Garnett, he's never been arrested for something that may or may not have happened in Denver like it did to Kobe Bryant, he's never gone into the stands and punched a fan in the face, so really, why do you like him? Because he's arrogant? Rich? Well, that just got rid of 85% of the players in the NBA.

Who you really shouldn't like; New York Knick, Carmelo Anthony

Carmelo is only good when he's the guy. He can't handle other people drawing attention away from him. Probably doesn't like Jeremy Lin, probably 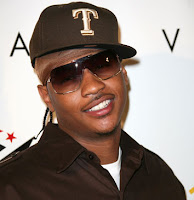 got his head coach fired when the rest of the team started looking to 'Melo for answers. Oh, and he could care less about whether his team wins or loses, as long as he gets his!

I guess what I'm attempting to say here is, stop reading the cover of magazines and listening to the headlines. If you want to make yourself sound well-informed and mildly intelligent, open the magazine!