For 3 straight weeks, number one has fallen. Alabama was devastated by South Carolina in a two touchdown loss on October 9th. Ohio State suffered a 31-18 loss at the hands of Wisconsin on October 16th. October 23rd, Oklahoma gets beat 27-36 by the still undefeated Missouri Tigers. Funny how that happens, isn't it?!? With the Oregon Ducks, the 55 points-per-game Oregon Ducks, expected to be the new number one traveling to Southern California this week, don't be stunned if the crown changes hands once more.

#5 Michigan State (8-0) The Spartans have the fortunate Big 10 schedule which doesn't include Ohio State. However, it does include two remaining road games in

hostile environments. Next weekend Michigan State travels to Iowa, against a defense allowing just over 14 points-per-game. Then on Nov. 27th, with a possible bid to the Rose Bowl hanging in the balance (provided they remain undefeated), Michigan State will have to prove something at State College of Pennsylvania in Happy Valley. The Call: The Spartans don't get out of Iowa unbeaten. Their poor play early against Northwestern was a warning sign, Sparty's luck runs out next week.

#6 Missouri (7-0) Missouri did two major things on Saturday night. {1} Their 36-27 victory over Oklahoma, the programs first since 1998, makes them a legitimate contender in the Big XII. {2} They took the veil off the Sooners, a team massively overrated with a quarterback in need of a wake-up call. 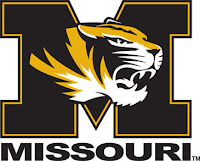 The Missouri Tigers better put their huge win in the rear view quick. As Mizzou travels to Lincoln, Nebraska this week, things are about to get real interesting in the Big XII. The Cornhuskers rebounded from their loss to Texas a week ago to hang 50+ on Oklahoma State in Stillwater. The Call: Mizzou, meet Nebraska freshman QB, Taylor Martinez. Martinez just threw for five touchdown passes with 323 yards passing and ran for another 112 yards against OSU. Mizzou better get on the track shoes before getting on the plane to Lincoln. Nebraska 34 Mizzou 31.

#3 Boise State (6-0) Not too many teams have been down this road before. For two straight seasons Boise State has posted undefeated regular seasons. Why should this season be any different?!? The Broncos have only one remaining test on their schedule, in Nevada on November 26th. Can't sleep on Nevada, the 6-1 Wolf Pack have a monster rushing attack led by the nation's 6th leading rusher, Vai Taua. Taua has for 900+ yards over the first seven

games and is averaging more than six yards per carry. Between Taua and quarterback Colin Kaepernick, Nevada can move the ball up and down the field on almost anyone. Unfortunately, Boise State's defense isn't almost anyone. The Broncos are the defense which held Oregon State's stud running back Jacquizz Rodgers to just 46 yards on 18 carries. The defense that held Virginia Tech's Ryan Williams to just 44 yards on 21 carries. The Call: If you've read anything I've written or tweeted over the past month one thing is for sure, Boise State isn't losing.

#8 Utah (7-0) Utah is getting absolutely no respect now, wait till they lose. The Mountain West powerhouse, in their last season in the conference, does boast some impressive victories. An opening win against Pittsburgh who was ranked #15 at the time and a 68-27 drumming of an Iowa State team 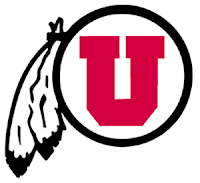 that just knocked off Texas. 3rd In points-per-game, they're the only undefeated team with a 1-loss team placed ahead of them. Not much respect for a team that has scored 30 or more points in each of their last six games. Can Utah run the table?!? Maybe. Behind quarterback Jordan Wynn, Utah is not a team to be taken lightly. The Call: Any team with Andy Dalton and Texas Christian on their schedule better be ready. The Horned Frogs have National Championship on their minds and Utah is in their way.

#4 Texas Christian (8-0) About those Horned Frogs. In the month of October, TCU is 4-0 outscoring their opponents 141-10. They've allowed the fewest points-per-game amongst any team in college football. Their senior 4-year quarterback Andy Dalton

is playing mistake free mature football. Dalton has passed for 1,600 yards and thrown just five interceptions compared to the 14 touchdown passes. TCU currently has rushed for the fourth most yards in the league led by running back Ed Wesley. Wesley ran for 209 yards this weekend against Air Force. Think they put fear in their opponents yet?!? The Call: For fans of TCU, they are where they are. For three weeks the #1 has lost and TCU stayed put in the polls. No one considers them better than Boise State, which leaves them exactly where they are. They'll remain unbeaten.

#2 Oregon (7-0) Watching Oregon put up sixty points on UCLA was jaw dropping scary. They can score from any place on the field, whenever, wherever. In four of their seven games, the Ducks have hung 50+ on their opponents. Oregon running back and resident Heisman contender LaMichael James, 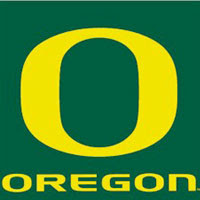 rips off over seven yards per carry. With a mind numbing offense and a defense that gives up just under 16 points per game, who's stopping them?!?! Road trips to So. Cal this weekend and the Civil War in Corvallis, Oregon to close out the regular season, the Ducks have a couple tests left. The Call: Only Stanford has come out and tested the Ducks. Down 31-24 at halftime, the Ducks would rebound to score 28 second half points and keeping The Cardinal out of the end zone throughout the remaining two quarters. I don't see this ACTUALLY coming true, Beavers stun Ducks on December 4th.

#1 Auburn (8-0) Our new #1. With a 24-17 victory over LSU, Heisman front runner Cam Newton and the Auburn Tigers made a statement. They boast three victories over top 15 ranked teams, Arkansas, South Carolina, and now LSU. With all the accolades being reigned down on Cam Newton this week, the Tigers know their looming November 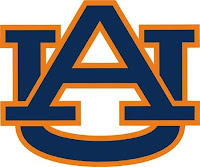 26Th match up with Alabama in Tuscaloosa is 'the game.' Not only will this game pit a most likely one-loss 'Bama team against an undefeated Auburn team, it will also decide the SEC West. Sending one team to the SEC Championship against most likely South Carolina, and sending the other to a non-BCS Bowl game. Think that's pressure enough for Cam Newton?!? The Call: This seems too good to be true for Auburn. The Crimson Tide were too good, too early, for this all to be lost after their play in Columbia. Auburn won't make it out alive.

The dream matchup is still at play. You don't want Boise State v. Alabama?!?
Posted by Lynchy at Sunday, October 24, 2010